The Noguchi Museum's Teen Advisory Board

The Noguchi Museum’s Teen Advisory Board, led by Sejin Park, collected stories from Long Island City community members on how they advocate for an equitable future by supporting each other as strangers, neighbors, and friends.

NYC Parks has been showing public art in city parks since 1967. For information on
our temporary public art program please call (212) 360-8163.

Support for Onwards is provided by the Long Island City Partnership, Packard Café & Grill and The Sandwich King their support in executing this project. 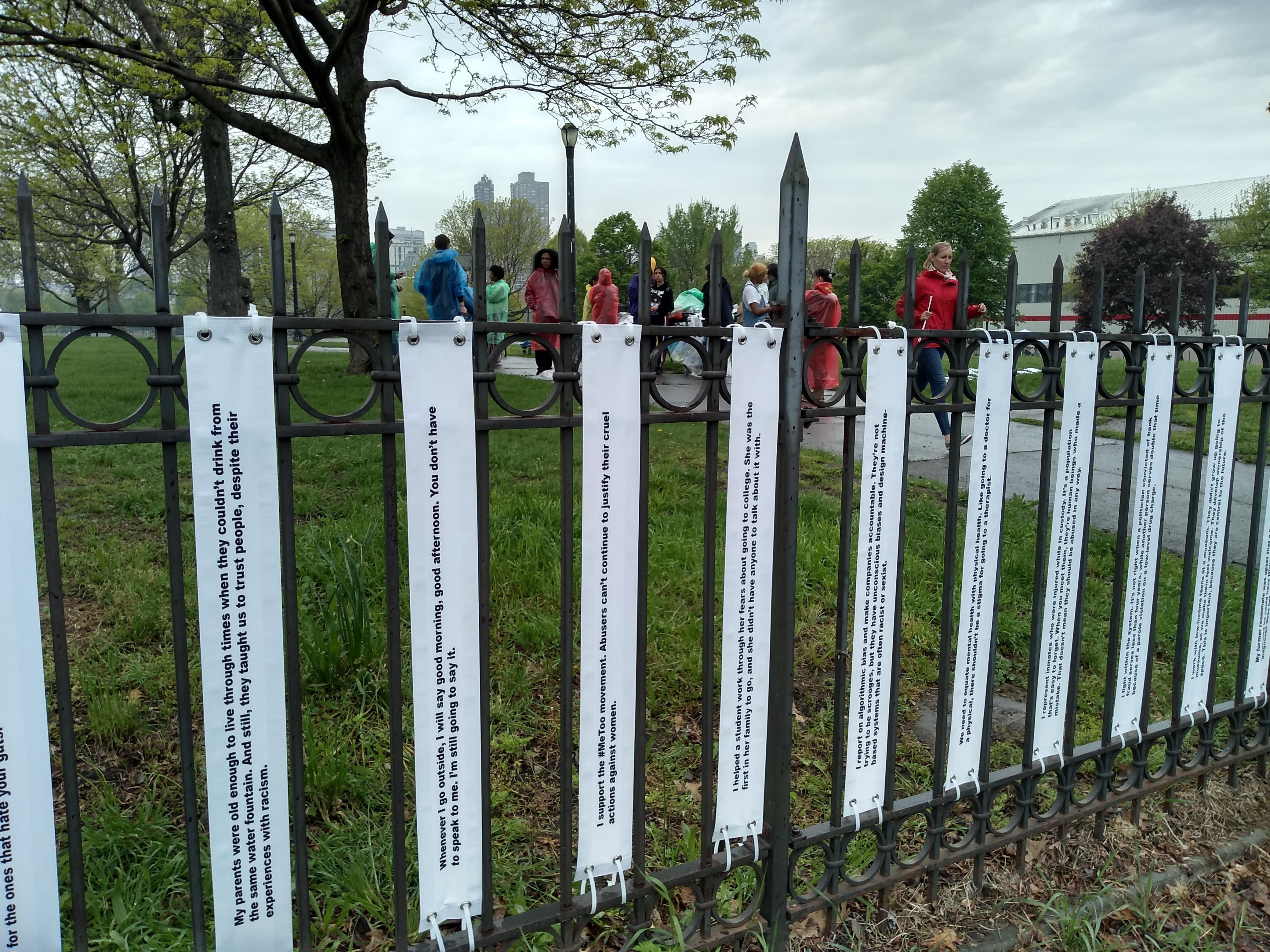